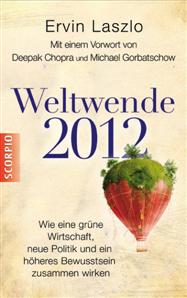 From “Meaningful Agreementâ€ to Effective WorldShift: The Lessons of Copenhagen

The agreement is also meaningful, however (in the literal sense of “full of meaningâ€), for what it failed to achieve. It didnâ€™t find consensus among the worldâ€™s governments, with a sizable portion of developing countries voicing strong opposition. It didnâ€™t set quantitative targets for carbon emission reductions. It only set a two degree Celsius average warming as the limit, whereas most countries threatened by global warming wanted a 1.5 degree limit. And it isnâ€™t a legally binding agreement. Not surprisingly, the head of the European Union admitted deep disappointment; the Chinese delegation welcomed it mainly because it maintained the sovereignty of the participating countries; developing country delegates said that they had been offered 30 pieces of silver to betray their people and their future and spoke of a suicide pact created in order to maintain the economic dominance of a few countries. Some NGOs spoke of abject failure, and of justice not having been done, because the rich countries have condemned millions of the world's poorest people to hunger, suffering and loss of life.

Nonetheless, the agreement is meaningful also because of what it failed to achieve. Its failure holds an important lesson. We must not have unrealistic expectations; we must not keep barking up the wrong tree. Just what is it that we can rightfully expect of a United Nations conference on global problems such as climate change?

The U.N. is an organization of the nation-states of the world. Nation-states are sovereign entities that only join together in their own interest. Cooperation in specific domains and on particular issues is in their interest as long as it maintains or enhances their paramount objective, which is to preserve and enhance their own wealth and power.

But what if the system of cooperation among nation-states is not capable of coping with global problems, such as climate change? Many social scientists, humanists, and the majority of international NGOs know that the current system is poorly adapted to confront global issues. Systems scientists have long said that a system consisting of manyâ€”in this case nearly two hundredâ€”highly diverse actors, where each actor is primarily concerned to optimize its own wealth and power, cannot ensure the coherent functioning of the system in which they participate: the more powerful among them “suboptimizesâ€ its functioning. The imbalances ultimately impair the viability of the system, and hence endanger also its constituent members.

Under these circumstances can we rightfully expect of a U.N. conference that it would produce anything more than trade-offs among the perceived interests of the member states?

Copenhagen produced evidence that expecting anything more than this is not realistic. Yet the U.N. climate conference was not a failure. Its achievement was not the last-minute agreement that saved it from collapse, but the furthering of the process by which that agreement has been reached. Thanks to the initiative of the United Nations, not only the representatives of the worldâ€™s nation-states, but also the representatives of a sizable portion of the worldâ€™s peoples had come together to discuss issues that are of concern to everyone. They have held parallel sessions, Peoplesâ€™ Summits such as the “Klimaforum,â€ and the level of motivation and resolve at these meetings was remarkably high.

It is thanks to the prima facie failure of Copenhagen that more and more people are questioning whether effective global-level action is feasible in the framework of the present international system. It is thanks to Copenhagen that the world community has received fresh motivation to take matters into its hands. And it is thanks to Copenhagen that the world is now confronted with the urgent question, how the current system could be transformed to produce not just “meaningful agreementsâ€ but binding resolves and effective action. The question who could bring about such a transformation has gained importance and urgency.

The answer to the last question has become fairly evident. Those who could create a system capable of coping with global problems are not the political leaders of the current system, for they are captives of the system that brought them to power. A political leader, even if he is as change-oriented as Barack Obama, cannot take action that is contrary to the paramount objective of maintaining and enhancing the economic and political power of his nation. This is the case even if he is convinced that it is in the best interest of his nation to create a system in which sovereignty in regard to global problems is vested in the community of all states, rather than in each state individually. Such action would not be politically “realisticâ€ and could even be suicidal. This does not hinge on the will and personality of the leader; it is a problem of operating within the current system.

What would it take to generate a critical mass of concerned and committed people? Very likely, it would take more than data produced by scientists and rhetoric by NGOs, and periodic reports by the media. It would take something that affects peopleâ€™s lives in a clear and dramatic fashionâ€”something that they experience on their own skin. It would take additional crises.

This conclusion appears pessimistic, for it questions whether the transformation we need to cope with global problems can come about by insight and foresight, rather than traumatic experience. But it is also optimistic, because it maintains that crises can catalyze the critical mass needed to change the world. It is highly unlikely that in coming years the world would be lacking in crises. Humankind has become one of the biosphereâ€™s endangered species. People are beginning to feel this already, and will no doubt feel it more when they experience more and deeper crises.

Nobody knows just when the critical level of crisis will come about, but we can be reasonably sure that it will come about. There is a distinct probability that it will come about in the next few years. We may not be able to avoid the “appointment with destinyâ€ prophesied by the Mayans and other traditional peoples in regard to the end of 2012. That period would not bring the end of the word; it would only bring the end of this world. It would bring global transformation: a “worldshift.â€ We need to prepare for such a shift, so that when the time to carry it out arrives, we could act effectively.

A truly foresighted and wise endeavor today is to keep alive and deepen the motivation catalyzed in Copenhagen. It is to address to the people of the world, especially the young people, a message that is loud and clear.

The current international system cannot cope with the global problems that threaten us. We need to create a new system of cooperation, based on shared values and joint interests. The leaders of the established order will not create it; they are not in a position to do so: there is too much inertia and resistance within the system. But you could create it. You are the best, and perhaps the last, hope of humankind. If you fail, our species will enter on a path that leads to chaos and devolution, and could terminate in extinction. You cannot allow this to happen. The evolution of a remarkable species on this precious planet cannot come to an untimely end.